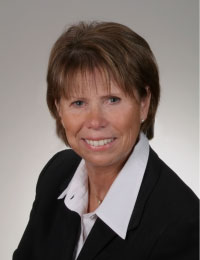 Lynn Price worked tirelessly in the developmental sector throughout her career. She left the Ministry of Community & Social Services in 1994 to become the Chief Executive Officer of Simcoe Community Services, one of the largest organizations in Ontario providing support and services to people with special needs. She provided amazing leadership to the organization until she was hospitalized and subsequently passed away in November 2010.

Lynn’s contribution to OASIS goes back to the very early years of its inception. Simcoe Community Services became a strong supporter of the OASIS concept in its inaugural year and convinced its Board and membership of the value of building the interagency support network now in place across Ontario. Over the subsequent years, the agency sent strong delegations to OASIS conferences and participated in numerous conferences and seminars providing guest speakers and presentations. In 2010, Simcoe County agencies hosted the annual OASIS conference at Blue Mountain with Simcoe Community Services providing the leadership for this event. While poor health prevented Lynn from attending in person, her commitment to OASIS was evident throughout the 18 months of planning. Lynn and the agency have also provided support to Simcoe Community Services Board members Brian Young and David Barber in their roles on the OASIS Board of Directors.

Lynn provided strong leadership to Simcoe Community Services which resulted in significant growth, both at a services and staffing level. She made it her primary goal to put the needs of the people we support at the forefront of all of our efforts.

In Lynn’s role as Chair of Simcoe County Strategic Operations Committee, and as Chief Executive Officer of Simcoe Community Services, Lynn was highly committed to the Ministry’s direction on the closure of facilities. Lynn worked closely with the family groups who opposed the process to convince them that the community living option was the best choice for their families. And, as people moved out of the institution into the care of Simcoe Community Services, their family members have publicly acknowledged the exceptional positive changes in the lives of their family members.

Lynn was seen as a leader in the field, and was often called upon to provide advice and direction to others in leadership roles across the province. She readily provided consultation and staffing resources to assist other not for profit agencies within Simcoe County requiring labour, management, administrative and other expertise.

Community Living Cambridge (CLC) ensures that individuals with developmental and intellectual disabilities are supported through meaningful opportunities and experiences. As part of Residential Supports, the Manager Specialized Services…